Last week I found that SDL was ported to Nintendo DS, so I tought that it would be a great thing to port Rockbot to it - I would love to recreate Rockman 9 and 10 to play on my DS once Capcom do not port it. Actually, the first reason I decided to create the whole Rockbot project was because I was angry Capcom did not wanted to port a game that is NES like to old platforms such as Playstation 2 and I do not have money, nor desire, to buy a new generation console.
But well, once settled the idea, I had to build all the DS SDK and SDL libraries, that showed to be a chalenge, because the SDL port was to an old version of the devkit and I had to fix some bugs before having an working dev enviroenment to build some tests. Once it was done, phase two started, I have to diminish memory usage from 46 MB to less than 4MB, that is Nintendo DS limit.

Now comes the fun part, most programmers today are just lazy to optimize code and take as much memory as he can get, and often people find that the good games are the ones that need a complete upgrade on your system, so you can have and ultra modded PC with internal lazer lights, water cooling and other pimp foolishes. Gladly videogames are not plagued by this upgrade-often fashionism. So, first thing is to use smaller variables, as I'm dealing with values under 64k, all integers were converted to short. Next step is to limit color usage to 256 colors, using web-safe palette, that is nice because looks more like old NES 8 bits style. Finally, we can't load the whole stage in memory, because it is the thing that uses more space, as the program core footset by itself is very small. So, I've lowered the size of the map, and now the game uses only just around 5.1 MB in RAM!
But we need more, so I plan to use the same tricks old NES games used: breacking the stage in parts. Remember how slow was the scrolling when you changed screens on a starircase? Always wondered why some games had a middle-boss room? This is why, in that moment, you just freed one map, and loaded a new one. So, I believe soon, we'll be able to reduce the memory usage to 3MB.

Next step is learn how to edit the makefiles from SDL+DS examples to compile Rockbot to Nintendo DS and test. But as holidays are near, for now I've work on intro and graphics.

In other news:
- you can skip intro by pressing enter
- started to work on a tileset to build a scenary
- made a build to test PS2, works OK but still have bugs with delay/waiters
- PS2 needs adjustments to load necessary drivers according to the unity is is running from, also, set the FILEPATH with it.
- needs to re-work the animation frame delay - for some reason I've lost part of code
- must implement staircase and map "teleport" to another map
- implement sound using SDL_mixer and doomsdl_mixer (PS2)
Postado por Iuri Fiedoruk às 08:51 Nenhum comentário:

Started to work on the NPC editing tool. It will be kind of complex in the future, as the user will have to add each frame, but currently it is fair simple as it does not support animation for NPCs.

During the last weekend, some retouchs were made into the basic editor tool, that already have a good part of the functionalities from the old editor, and in the game engine to support the new maps format.

One disavantage of the new format is that, contrary to the initial idea of have one file for each map, that we decided to have a fixed number of stages and unified map size in just one file, to make the system programming simpler. The problem is that the size of the file containing the game is now 32 mega bytes, that is not a big problem nowadays, but we still want to lower this value, if possible, using compression with zlib or by using some other alternative.

What is missing are tools like drawing a line or filling with a tile, so the user does not get tired of clicking the mouse button. Besides that, we have to start to organize and implement support to more complex objects like NPCs, movable objects (implementing a second tile level) and other characteristics in order to be able to, at last, create a small game on version 1.0.
Postado por Iuri Fiedoruk às 11:32 Nenhum comentário: 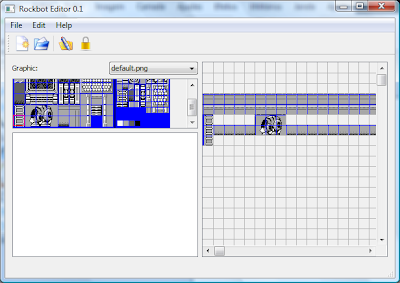 I finally learned what I needed to use Qt Creator + Qt Developer to create the editor UI in a easy way, so the plan to drop the Qt editor in favor of the SDL one is no-more. This weekend I plan to have an editor with the same functionalities of the SDL one, and then start improving until it is simular to the one in RPG Maker XP. 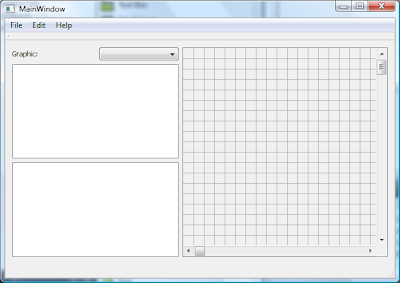 In other news, I'm rethinking the editor plans. Ideally it should be written in C++ with Qt to be like a normal Desktop app, but more and more I'm kind of thunking the task ahead is too big to fit our needs. So I'm back to think about developing the editor also using SDL as it is simpler and keeps the dependencies low for the whole project. We lose some ease of use, but gain in not loosing time with something that is not the focus of the first release.